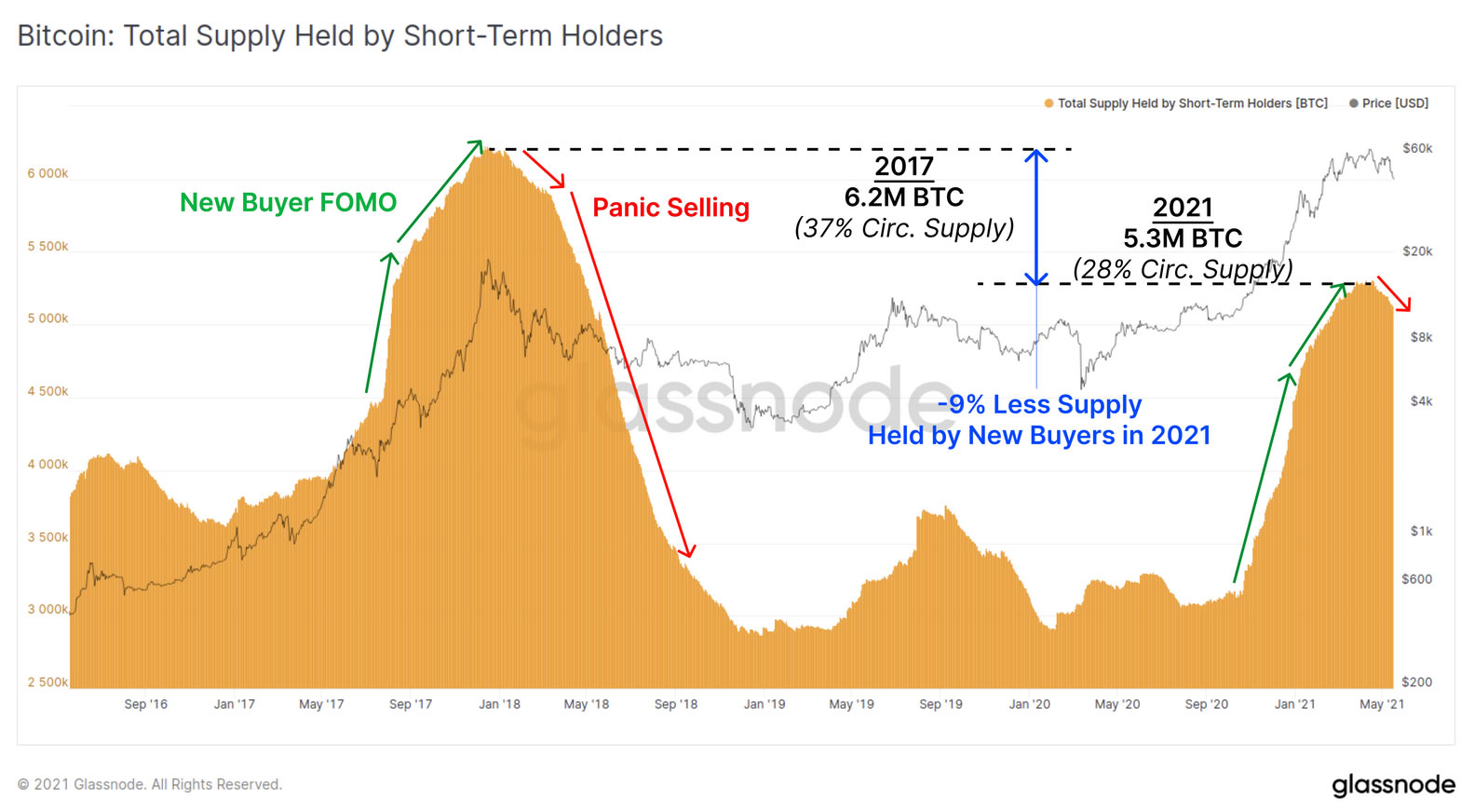 While new entrants to Bitcoin markets have been panic selling at a loss, the recent market slide has not vexed the old hands.

Heavy selling in response to hints from Elon Musk that Tesla may soon sell its BTC stash saw Bitcoin prices tumble to their lowest levels in 20 weeks as the markets found support near $42,000 on Monday, May 17.

According to on-chain analytics provider, Glassnode, the crash predominantly saw newer traders exiting from their positions at a loss while long-term hodlers stood their ground.

Glassnoded noted Bitcoin’s adjusted Spent Output Profit Ratio (aSOPR), a metric that shows whether BTC was in profit or at a loss when it was last transacted on-chain, fell below 1.0 amid the dip. An aSOPR of less than 1.0 indicates aggregate losses have been realized on-chain and are most pronounced in short-term holders (coins younger than 155-days) — traders that purchased during the 2021 bull market.

The total number of addresses holding a non-zero BTC balance has also retreated by 2.8% from its recent all-time high of 38.7 million as more than one million traders liquidated their positions. Glassnode stated:

“A total of 1.1M addresses have spent all coins they held during this correction, again providing evidence that panic selling is currently underway.”

Glassnode asserted the volatility in the share of supply represented by short-term holders is indicative of panic selling, noting the similarity between recent patterns in supply distribution and those observed amid the macro peak of the 2017 bull season. Markets usually find a macro peak when new holders hold a relatively large portion of the total supply.

Coins held by short-term holders recently hit a peak of 28% of the circulating supply or around 5.3 million BTC.

Glassnode estimates Bitcoin has shed more than 28% since tagging an all-time high of $63,600 on April 13. The retracement is the deepest correction of the current bull market.