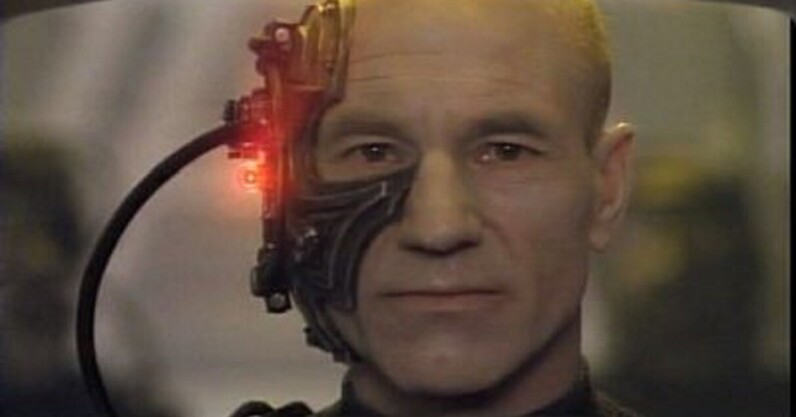 I spent a weekend without internet and now I think humans will be extinct in 40 years. That’s not the sexiest lede I’ve ever written, but it is provocative. It shouldn’t be.

Most of us aren’t humans anyway. So, the idea that our few remaining homo-sapien ancestors will be the last of their kind shouldn’t surprise anyone.

Let me backtrack a bit before anyone confuses this with a conspiracy theory manifesto. If you’ve followed our newsletter (click here), you’ll know that here at Neural we like to call ourselves “cyborgs.”

This isn’t a vanity or marketing thing, it’s a statement of reality. People like us – the kind of person who’s always looking forward to the newest gadgets, absolutely loves the hard sciences, and thinks artificial intelligence is the future – are actual, living breathing cyborgs.

This has never been more evident to me than this past weekend, which I spent without internet. On Saturday, my local electric company replaced some power lines on my street and in doing so managed to sever the fiber cable coming into my home. It wasn’t repaired until Monday afternoon.

You might be thinking “oh, the horror,” but I’d like to assure you that me and my family were okay. We still had internet access through our phones so nobody was actually in danger of… missing out on a tweet or something.

I mean, haven’t we all gone without internet? This weekend, at first, was no big deal. I’ve got enough video games and movies to hold me over for months before I need to check back in with reality.

Social media isolation and boredom ended up being the least of my worries. As it turns out, there were some legitimately spooky side-effects to not having WiFi in my house over the weekend.

I had my phone, but without WiFi my connection was spotty and slow. I found myself frustrated over and over as I picked up my phone to do something trivial and realized it was going to take 20 seconds or so for my Search to go through or my bank account to load.

Again, I want to point out that I don’t actually care about using the internet. I’m a middle-aged dude, I spent most off my life “offline,” so my frustration wasn’t based in laziness or a petty “why won’t it work right!?” mentality.

I found myself having difficulty thinking. By Sunday evening I realized that I use the almost-instant connection I have with the internet to augment my mental abilities almost constantly.

I’ve stopped memorizing anything trivial. I don’t know what day the Battle of Hastings was fought because I have Google to know that for me. What I do know is that I’ve read half a dozen excellent articles about it while researching, and I believe I understand plenty about the battle without knowing offhand it was fought on 14 October, 1066.

And this evolution of my mind – or de-evolution, depending on your point of view – happened without me knowing it. I wasn’t aware of how much I rely on the AI-powered internet as a performance aid.

According to Pew research, 97% of people in the US own smartphones. We might not all use them the same way, and not everyone has high-speed internet access all the time, but we all face the same danger: over-reliance.

The more dependent we become on AI, the harder it’ll be to reconnect with our unaugmented roots should the need ever arise.

A weekend without high-speed internet access showed me just how much I rely on algorithms to help me think, as long as it’s near-instant and frictionless.

And, perhaps most noteworthy of all: I wasn’t raised on the internet like many people. I was born in the 1970s. I didn’t use the internet until I was 19. Tomorrow’s cyborgs will be even less like yesterday’s humans than I am.