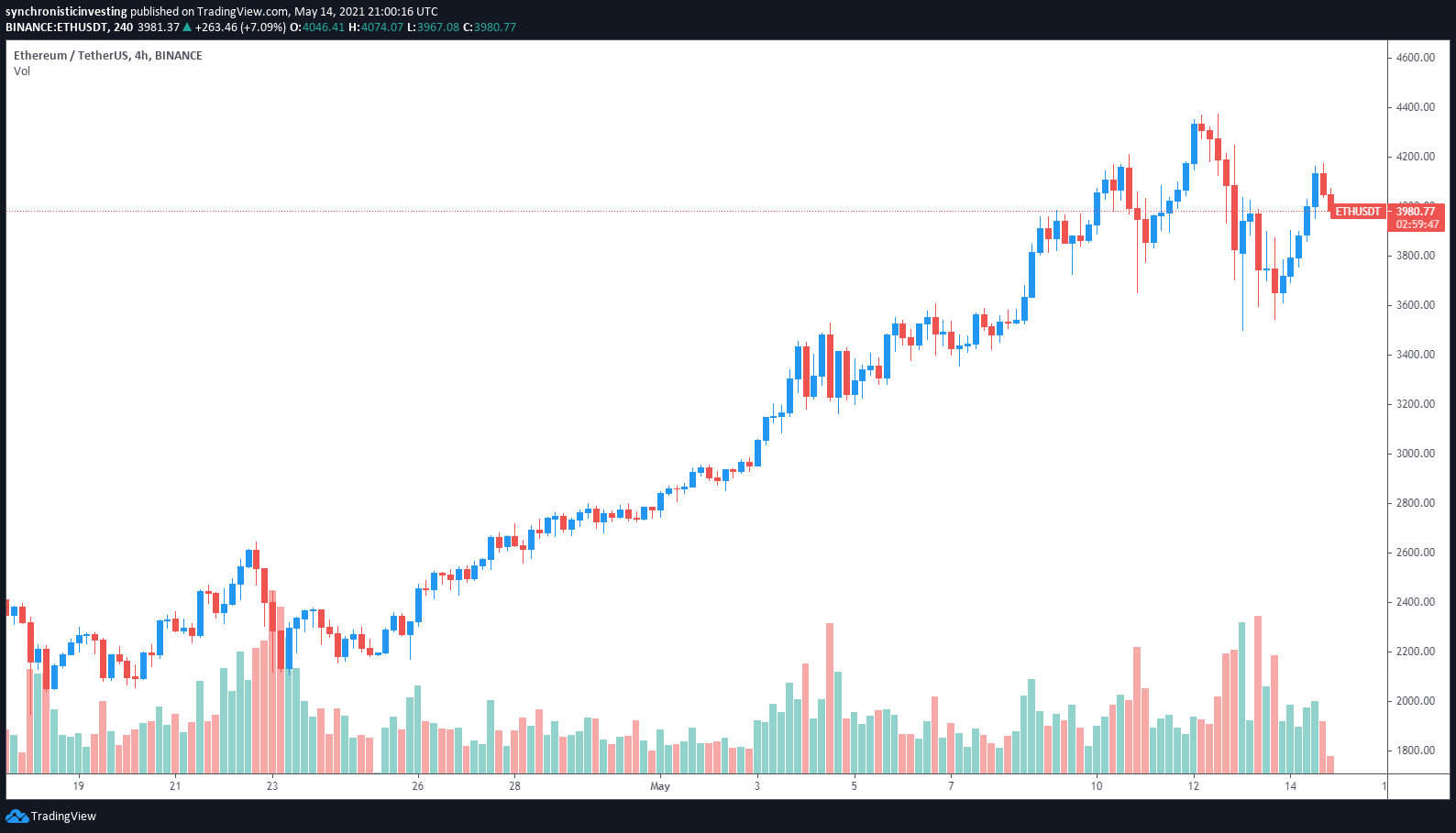 Bitcoin (BTC) continues to look for direction but as this occurred, Ether and altcoins bounced higher from the May 13 sell-off. Dogecoin shocked investors with its 47% rally that kicked off after Coinbase announced that it would list (DOGE) in the coming months. Doge price also rallied after Elon Musk tweeted that he was “Working with Doge devs to improve system transaction efficiency. Potentially promising.”

While many altcoins have seen double-digit gains during the recovery the price of Bitcoin (BTC) has continued to languish near the $50,000 level as whale wallets containing at least 1,000 BTC have declined by 4.7% compared to the previous month, indicating possible profit taking or a rotation into different assets.

Data from Cointelegraph Markets and TradingView shows that while the Bitcoin recovery has been muted, demand for Ether (ETH) led to an 18% rally as the altcoin notched an intraday high at $4,173 on May 14.

Gains in the top altcoin come amidst mixed fundamental developments, with data from Glassnode showing that wallets holding at least 32 ETH have been steadily declining in recent months suggesting that fewer people are interested in becoming “full validators” for the network’s upcoming proof-of-stake blockchain.

While the debate about whether or not the market is officially experiencing an altseason rages on, one of its trademark characteristics is a sideways trading Bitcoin that leads to traders refocusing their attention on the altcoin market and leading to a decline in Bitcoin dominance.

Another project whose price surged 45% from the lows on May 13 is iExec RLC (RLC), a decentralized cloud computing network that got a boost of adrenaline earlier in the week after Coinbase revealed that it would list the token.

The views and opinions expressed here are solely those of the author and do not necessarily reflect the views of Cointelegraph.com. Every investment and trading move involves risk, you should conduct your own research when making a decision.