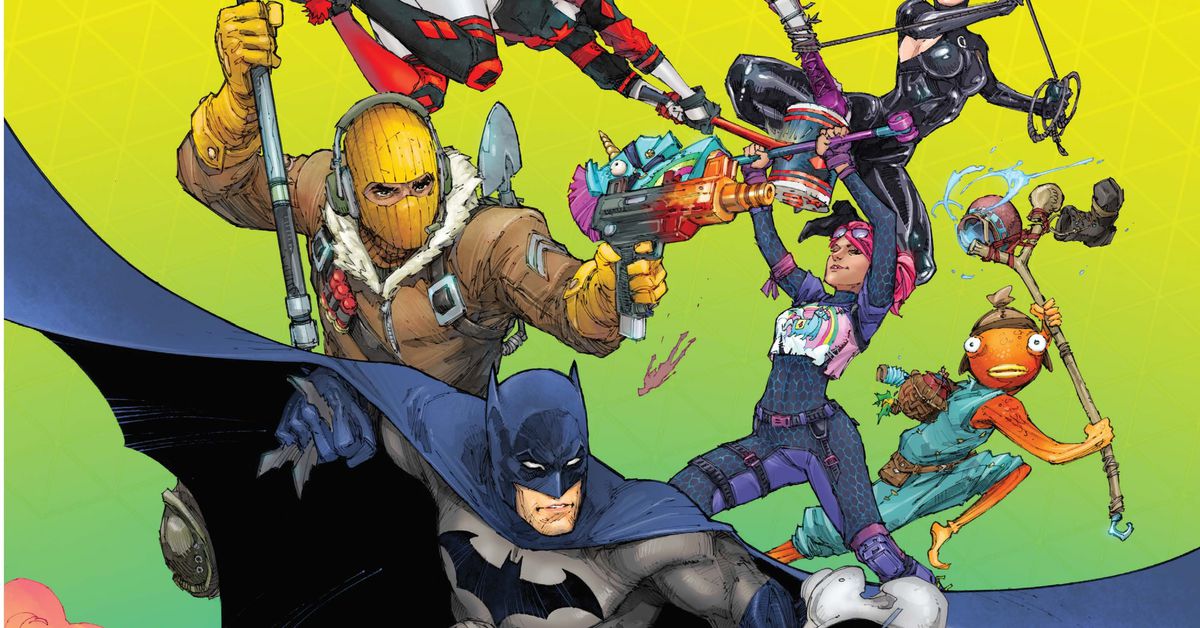 DC Comics and Fortnite developer Epic Games are joining forces on a new Batman and Fortnite-themed crossover comic book. The six-issue miniseries, titled Batman / Fortnite: Zero Point, will debut on April 20th. Two issues will then launch in both May and June before the series concludes with a final issue on July 6th.

Longtime Fortnite fans might have perked up at the mention of the Zero Point, a reality-warping ball of energy that is hovering over the middle of the Fortnite island and is the catalyst for this season’s many brand crossovers. (Just yesterday, Ellen Ripley and the Xenomorph from the Alien series were added to the game.) It seems the Zero Point will play a key role in this comic miniseries, according to this plot summary:

A crack splits the sky above Gotham City… a tear in reality itself. This rift pulls the Dark Knight into a bizarre and unfamiliar world, with no memory of who he is or where he came from…Batman has been drawn into Fortnite!

As he fights to recall his past and escape an endless loop of chaos and struggle, he’ll come face-to-face with the likes of Renegade Raider, Fishstick, Bandolier, and more. While the world’s greatest detective strives to make sense of this strange new world, he’ll uncover the shocking truth about the Island, what lies beyond the Loop, and how everything is connected to the mysterious Zero Point.

Print issues will have codes for DC-themed in-game Fortnite items inspired by the comic, and US subscribers to the DC Universe Infinite app will get the full series and codes for the in-game items for free.

This won’t be Batman’s first crossover with Fortnite. He and Catwoman were added as skins alongside a playable Gotham City area in 2019, and Epic has since added skins for Harley Quinn, the Joker, and Poison Ivy as well.

And it’s also not Fortnite’s first comic crossover — Epic has created many Marvel skins for the popular battle royale, and the game’s last season, which was Marvel-themed, kicked off with an in-game comic.