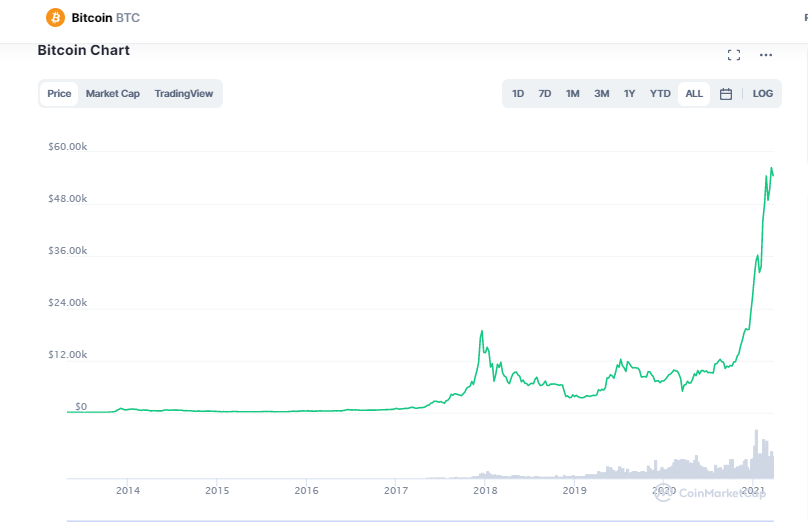 At the time of writing, Bitcoin trades around $54,400 having climbed as high as $58,400 earlier in the day. Right now, I see some new people panicking, and some asking whether the bull run is over.

When in doubt, zoom out.

For one thing, the current dip is only a blip on the chart and will only require a few green candles to put it back where it belongs. For some context, Bitcoin traded at exactly the same price last week and even dipped just below $54,000.

If you’re worried about today’s dip, then there’s a chance that you’re over-leveraged. Only invest an amount you can afford to lose. That way you can enjoy Bitcoin’s rollercoaster ride en route to the top.

Given that the last run gave us five-digit BTC, there’s a chance we’ll see a six-figure BTC price by the end of this cycle. Don’t trade that for a $4,000 price dip.