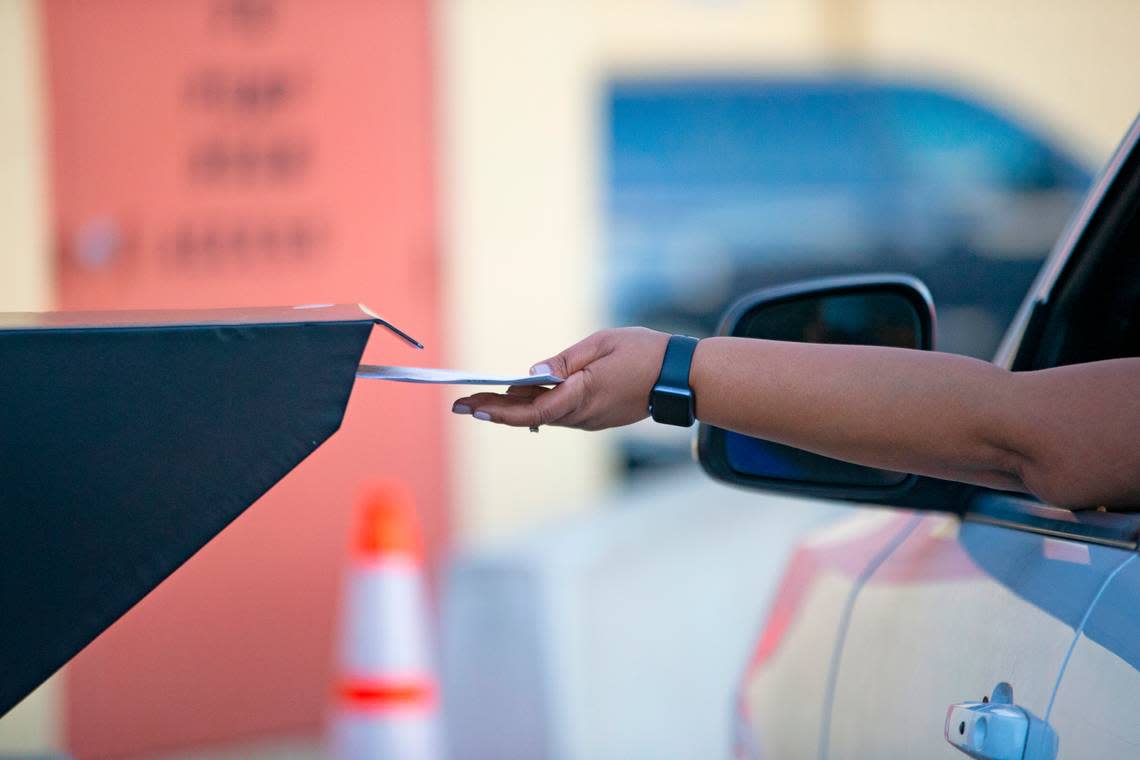 The president of the Florida Supervisors of Elections said the voting reforms passed by lawmakers Thursday night will make it harder to request and return vote-by-mail ballots.

In a Friday morning statement, Hillsborough County Supervisor of Elections Craig Latimer, a Democrat, criticized the “initial and unnecessary call for election reform” that led to the changes.

He pledged to adhere to the new law but lamented that the Legislature didn’t make it easier to use secure drop boxes for Floridians voting by mail.

“In 2020 our voters overwhelmingly appreciated the peace of mind that came from dropping their mail ballot off in a secure drop box, because they knew that by using the drop box instead of a mailbox, their ballot would be received on time,” Latimer said.

“We should be looking for cost-effective ways to expand their use, including the use of secure 24-hour drop boxes with camera surveillance,” Latimer added. “Instead, the new legislation prohibits that.”

The changes limit the use of drop boxes, which were popular among voters in November. Drop boxes can only be used during early voting hours, and they must be manned by an election office employee. Drop box locations also can’t be changed within 30 days of an election.

Gov. Ron DeSantis said on Fox News Thursday night that the changes were shoring up security following a smooth 2020 election. Florida was widely praised for how quickly it counted ballots in November.

“We think we lead the nation, but we’re trying to stay ahead of the curve to make sure that these elections as they are held in Florida, you can have confidence,” he said.

Latimer and other election supervisors said voters already had confidence in Florida’s elections.

“Our hope is that the initial and unnecessary call for election reform will not detract from the confidence that was well-earned in 2020,” Latimer said.

Lawmakers removed many of the most contentious proposals, including an outright ban on the use of drop boxes and requiring someone to show an ID when using a drop box.

Latimer and other election supervisors said they appreciated working with lawmakers.

“Although I can’t say I agree with all of the provisions in the bill, I look forward to continuing to work with the Legislature next session to make needed improvements before the mid-term elections” in 2022, Okaloosa County Elections Supervisor Paul Lux said on Facebook Thursday night.