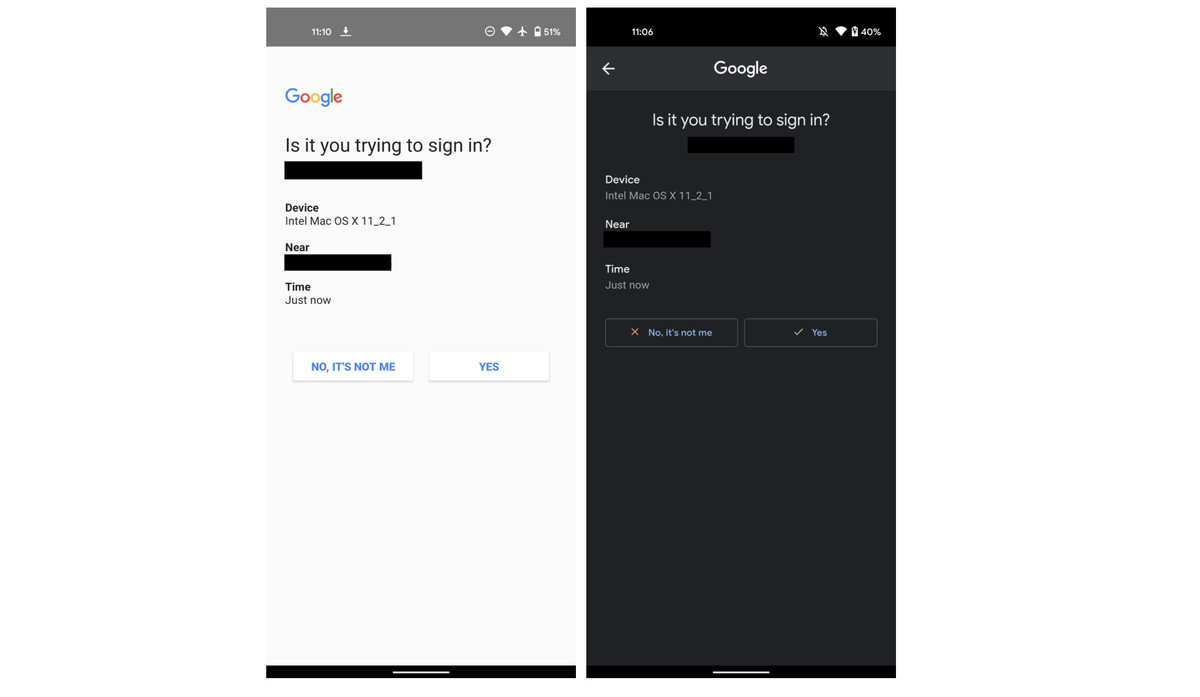 Google is rolling out a new update for its two-factor authentication prompt on Android, which adds support for dark mode (along with a new Material Design-style look), via 9to5Google.

Is this objectively a minor cosmetic update in the great scheme of things? Yes. Is it nice to not be blasted with retina-searing white light when your two-factor authentication prompt comes up while you’re trying to log into something in pitch-black darkness? Also yes.

In addition to the less blinding hue, the new update also features a couple of other minor cosmetic changes, including Google’s custom Google Sans font for the UI, and colorful red and green icons on the log-in buttons.

The new update appears to be rolling out slowly for Android owners — 9to5Google reports that its available on personal Google accounts, but not for those with Google Workspace accounts.