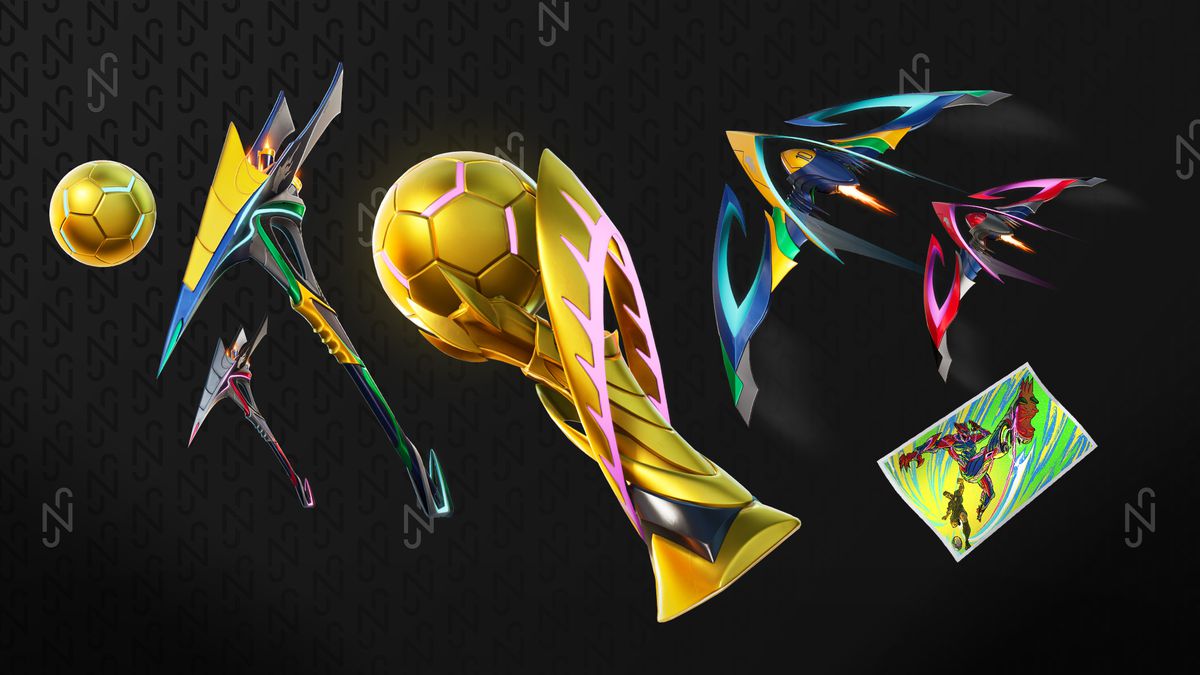 We’ve known that Brazilian soccer star Neymar was coming to Fortnite since March, when he was teased as part of the battle royale’s latest season — and now we finally know what he’ll look like. Today, Epic revealed Neymar’s video game look, which, in traditional Fortnite fashion, gets pretty outlandish, with unlockable outfits that look ripped straight out of Power Rangers.

Curiously, Neymar isn’t sporting jerseys for either the Brazil national team or his club, Paris St. Germain, despite the fact that licensed team kits were introduced earlier this year. You can check out Neymar’s accessories in the image below. Neymar and his gear — including some new quests — will be available on April 27th for anyone who purchased the current pass.

Neymar is the first pro athlete to be featured in Fortnite, but he’s far from the first celebrity. In addition to plenty of fictional characters, the battle royale has added skins based on music stars like Travis Scott and Marshmello, along with streamers, including Ninja, Loserfruit, and TheGrefg.