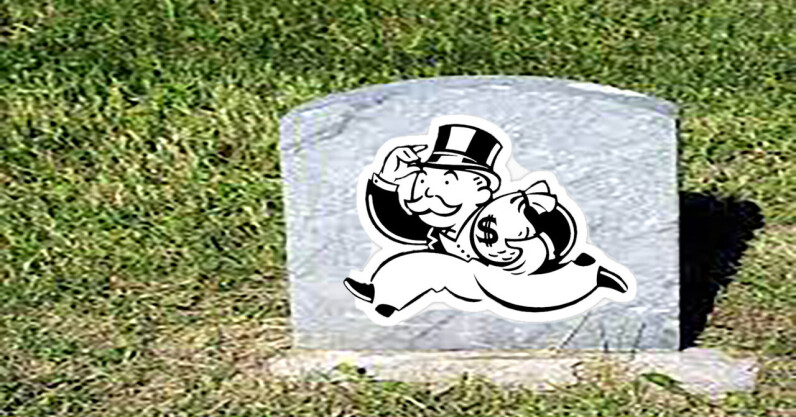 There can be no doubt that automation is the future of work. There’s plenty of debate as to what extent AI will displace workers in the near and far future, but the general consensus is that blue collar work is an endangered species. It’s only a matter of time before robots can perform skilled human labor better and cheaper than we can. What happens then?

The past is prescient here. In the early 1900s the onset of US factories provided an employment boom for blue collar workers. As the decades wore on, US prosperity became the envy of the world. By the mid-1950s, the American dream had been born.

A family of four could thrive on the average median blue collar salary. Compensation at the time, even at the minimum wage, allowed most workers to purchase a home, a car, and to save up for retirement.

By the end of the 1970s, however, that dream was dead for millions. Cities that had spent decades experiencing total economic prosperity suddenly became wastelands full of impoverished, unemployed people as domestic factories shuttered.

Yet, astonishingly, the US economy itself was steadily rising. This phenomenon was referred to as “regional depressions.”

The country was doing fine, and US citizens were benefiting. The federal minimum wage nearly doubled between 1964 and 1977 and, at the time, it appeared as though US prosperity would be every citizen’s birthright.

And then companies figured out they could outsource production and manufacturing to countries where workers had no wage protections. Instead of paying a single US factory worker a living wage, companies could afford to pay dozens of overseas workers for the same amount.

Fast forward to 2021 and it’s clear: when automation technologies become robust enough to replace blue collar workers, they will. This is the logical evolution of labor outsourcing.

But what about customer service?

The first argument experts tend to throw out when the idea of ubiquitous automation comes up is that good, old-fashioned human customer service will never go out of style.

To those experts, I ask: what percentage of US citizens pump their own gas, pay their bills online, or shop on Amazon? Customer service with a real human face isn’t all it’s cracked up to be.

The myth that only certain jobs are at risk is becoming harder to peddle each year. AI technology is poised to replace humans in almost every blue collar domain within a matter of decades. White collar domains aren’t necessarily safe either, but the people who run the companies deploying the automation are ultimately the deciding factor in which workers are displaced, not the technology itself.

You won’t see many unskilled managers replacing themselves with AI for the same reason factory CEOs didn’t outsource their leadership positions along with all their floor workers’ jobs.

This isn’t good for capitalism

In the 1970s, when factory workers were displaced to the degree that entire cities were ravaged by poverty and unemployment, the US economy managed to keep on trucking because corporate America figured out a way to squeeze money out of the unemployed: credit.

By 1989 the US credit scoring system had been established and consumers who’d traditionally supported themselves with full time work were able to spend money they didn’t have.

Worse, people who didn’t participate in the credit system – that is, those who didn’t take out loans or finance products or services – were given poor credit scores. This often meant they weren’t able to obtain housing or purchase a vehicle and, thus, made it even more difficult to secure employment.

Luckily for the US economy, plenty of people accepted the banking system’s faux bailouts. Displaced workers invested their borrowed money in the economy to sustain themselves and their families while they searched for work, relocated, or attended college in order to re-enter the jobs market.

The present is prescient

In 2021 we have the benefit of viewing the future through the lens of the past, but we can also take a look at what’s happening right now to see where things are going. COVID-19 has been a sort of dry-run for the automation economy.

We’re not currently seeing the benefits of having robots do all of our work, but we do live in an economy where millions of workers were displaced in a very short period of time. As a response, the US sent thousands of dollars to most citizens in the form of three separate stimulus payments.

Research shows that people put that money back into the economy immediately. They paid bills, purchased services, and bought goods.

But businesses haven’t self-regulated. Hundreds of corporations accepted bailout money from the government while simultaneously laying workers off, freezing promotions, and halting all hiring. Many businesses, especially those in the technology sector, actually increased profits during the pandemic.

This demonstrates that capitalism can thrive even when employment and economic confidence are disrupted. But what happens when there isn’t a bailout, loan, or stimulus to allow consumers to continue spending?

If US companies shift to automation with the same abrupt callousness as their predecessors chose to outsource American labor, the banks won’t be able to save the economy by loaning us all money like they did in the 1970s. The average American already carries about $90K in debt.

And that just leaves the government. Whether you’re for or against a universal basic income, if businesses outsource human labor again, many of us will need one just to survive.

That’s why the future of capitalism is socialism. It’s the government taxing businesses based on the amount of worker displacement their automation solutions cause, and then using that money to create a universal basic income for all citizens.

In such a case a UBI wouldn’t save people from working. If your biggest gripe with UBI is a misguided belief that people won’t want to work if they get “free” money, perhaps you’ll be more sensitive to the pitiful plight of big businesses.

Forcing companies to employ humans, when it could be much cheaper to automate, would hurt profits for billionaires and trillion-dollar corporations. Human labor is bad for profits.

When given the opportunity to slash costs and maximize profits using automation, businesses are much more likely to support a paradigm where the government gives consumers money to spend on their products than one where they’re forced to eschew cheap labor.