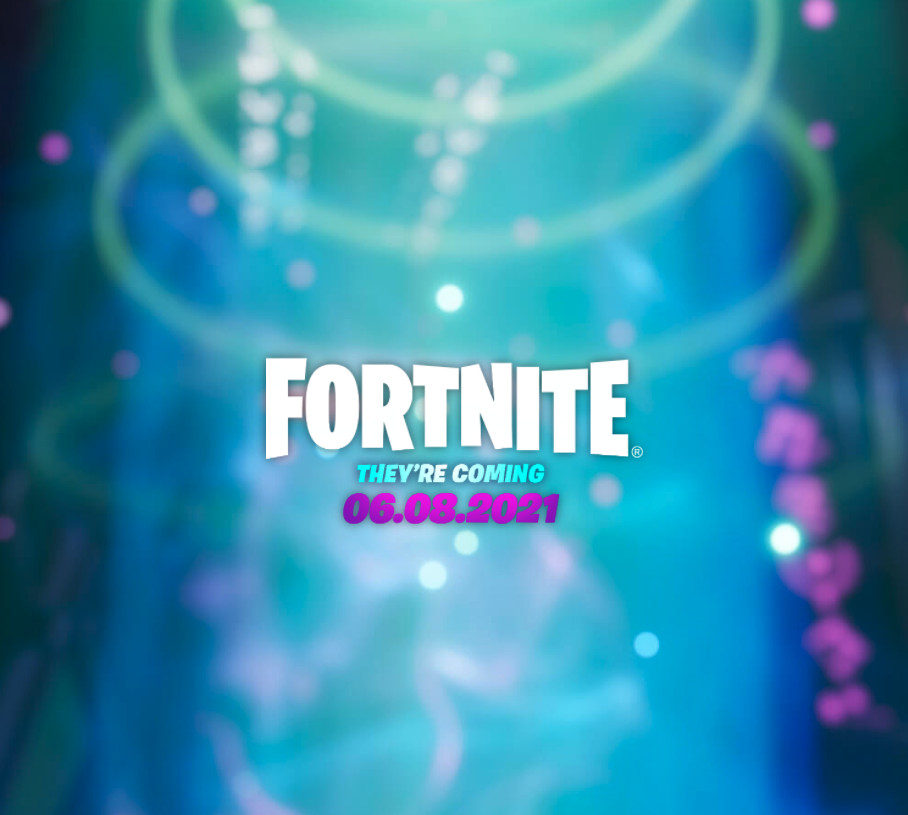 If you hop into a game of Fortnite right now, you might get teleported across the map by a mysterious laser beam that appears out of the sky.

Yes, seriously. Watch it happen in this video from streamer Ali “SypherPK” Hassan, which I’ve also embedded below at the right timestamp.

The abductions started happening in Fortnite Tuesday evening, just one week before the game’s next season begins on June 8th. And a few other hints seem to indicate that Chapter 2 Season 7 could be alien-themed in some way, too.

Check out this video teaser that apparently is on TikTok, for example, which features the tagline “they’re coming” and mysterious alien-like sounds (headphone warning, the sound is a little harsh):

And you can see an image that’s similar to what’s in that TikTok ad on Epic Games’ Fortnite website:

It’s also not out of the ordinary for Epic to change things up at the end of a season. In May 2019, a volcano erupted and destroyed Tilted Towers, one of the most beloved spots on the map. And last June, a mysterious device blew up the island’s central landmark and transformed the ever-present storm into a wall of water.

So far, these new abductions don’t seem to have quite the map-shifting impact that those changes did — but with a few days left in the season, who knows what else Epic might have up its sleeve?