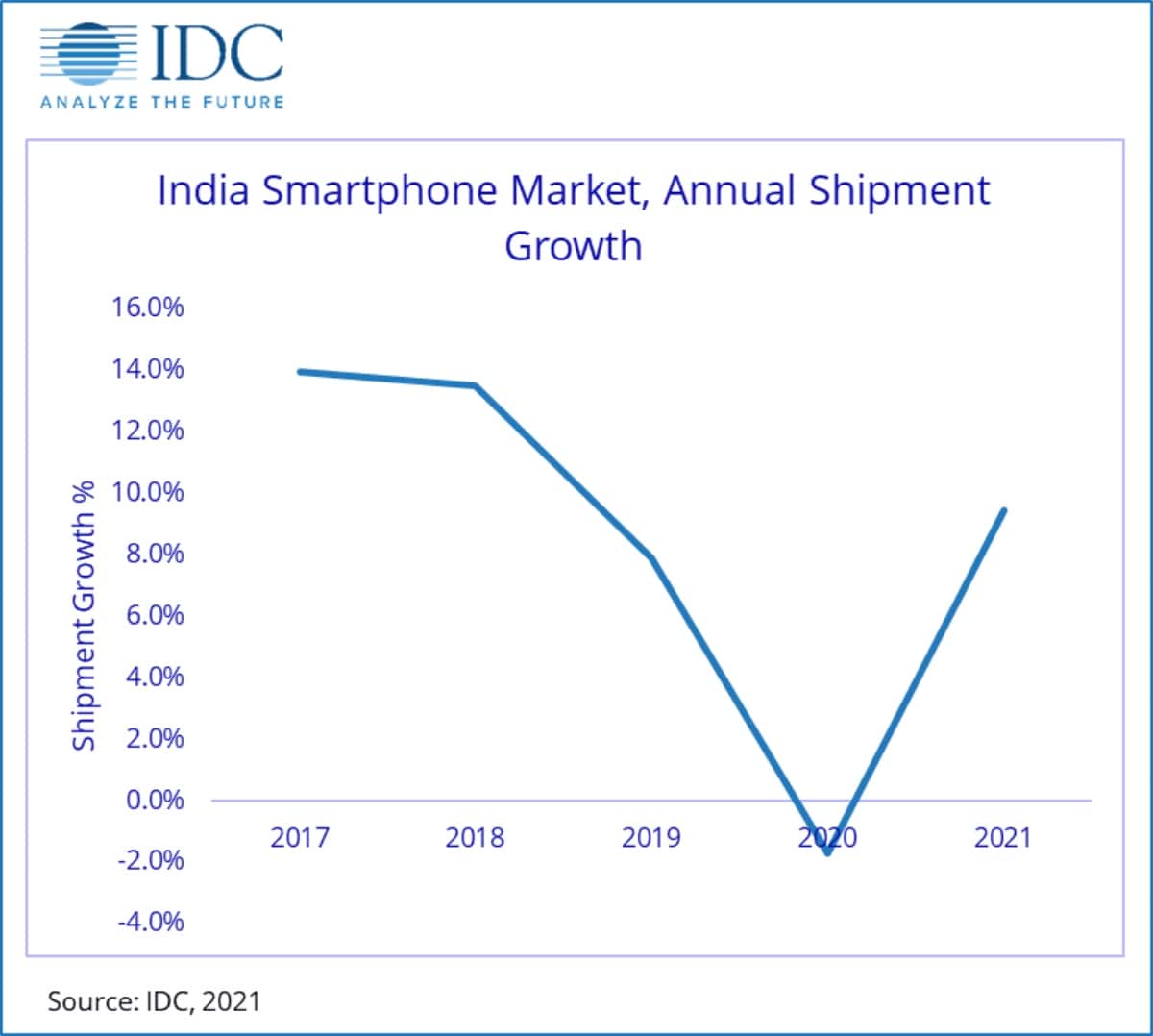 Following years of growth, the smartphone market in India saw a decline for the first time in 2020, marking a year-on-year (YoY) decline of 1.7 percent, according to a report by International Data Corporation (IDC). The market exited 2020 (January to December) at 150 million units shipped. The lockdowns, restrictions, and shutdowns imposed due to the COVID-19 outbreak is cited as the primary reason for the dip by the market research agency. Despite showing a negative YoY growth in 2020, Chinese smartphone maker Xiaomi managed to grab the most market share in both Q4 2020 and 2020 total.

“Stay-at-home mandates, remote work, remote education, travel restrictions, and manufacturing shutdowns led to a sluggish H1’20 (-26 percent YoY decline), particularly impacting 2Q20,” IDC reported on Monday. However, despite the slow first half, the Indian smartphone market did manage to recover in the second half when markets gradually began reopening, posting a YoY growth of 19 percent, as per IDC. Consumer devices such as smartphones, notebooks, and tablets particularly saw a resurgence as more users adapted themselves to remote learning, working from home, and at-home entertainment.

IDC noted that 5G smartphone shipments crossed three million in 2020 as Chinese OEMs rolled out “aggressively-priced” units throughout the year, However, the adoption rate was less-than-desired, mainly due to the lack of a proper 5G network and high prices of 5G phones. IDC said that in India, 5G network roll out is expected in late 2021 or early 2022.

Is LG Wing’s unique design alone enough to help it succeed in India? We discussed this on Orbital, our weekly technology podcast, which you can subscribe to via Apple Podcasts, Google Podcasts, or RSS, download the episode, or just hit the play button below.