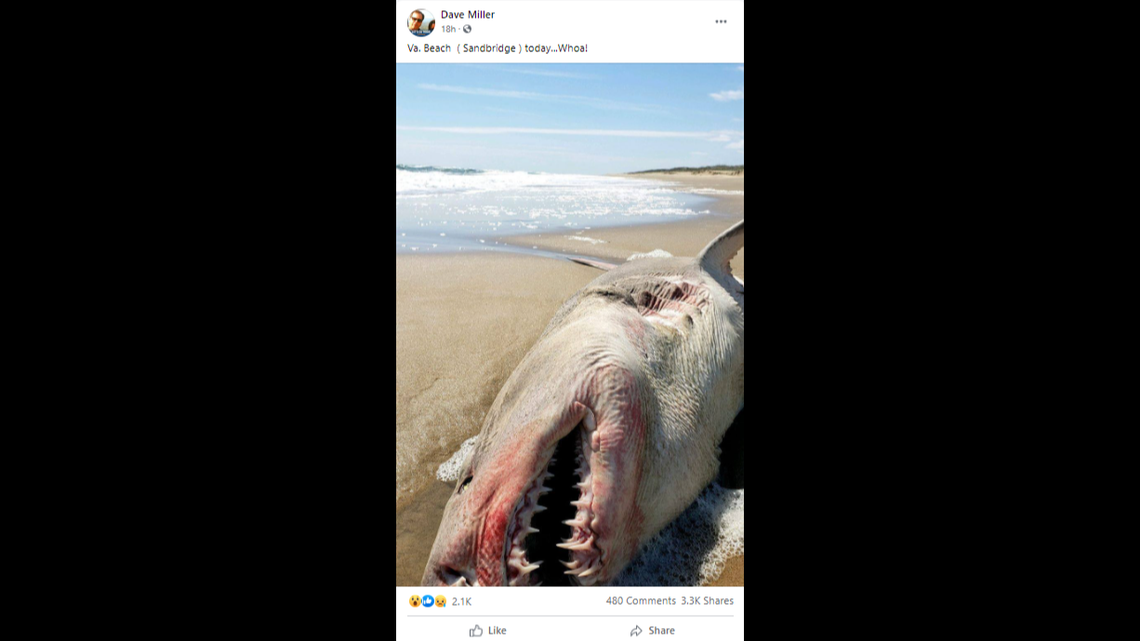 A dead shark found washed up on Virginia Beach has many fascinated, some “freaked out,” but most of all, curious what caused its death.

It is at least 6 feet long, according to the beachgoer, who shared a photo of the dead shark on Facebook.

“Amazing!! Sad that it’s dead, but it’s not every day you get to see one so close!” wrote another.

Not everyone is as happy to see what’s swimming under the surface.

“Oh cool…I won’t be freaked out at all when I’m there next weekend,” a comment read. “It’s fine. I’m fine.”

As of Monday afternoon, the post had been shared over 3,500 times, with nearly 500 comments.

The deceased is a sand tiger shark, Mark Swingle, Chief of Research & Conservation for the Virginia Aquarium & Marine Science Center, told McClatchy News. A common species, and one the aquarium also happens to have in its exhibit.

They can grow up to 10.5 feet in length and weigh 350 pounds, according to Oceana.org

“They are currently moving through the area and have been known to breed up in the mouth of the Chesapeake Bay,” he said.

The cause of death is unclear, but Swingle offers one theory.

“Sometimes they get stuck in gillnets from time to time and can wash up on the beach,” he said. “Even though it is unique to see one on the shore.”

Reports of dead sharks on the beach are relatively few and far between, although a North Carolina woman found a headless shark while walking her dog by the ocean in late April.

Prior to that, another dead sand tiger shark was discovered on North Carolina’s Outer Banks in September, missing its tail. Experts contended it was either bitten off by a rival shark, or sliced by a boat propeller.