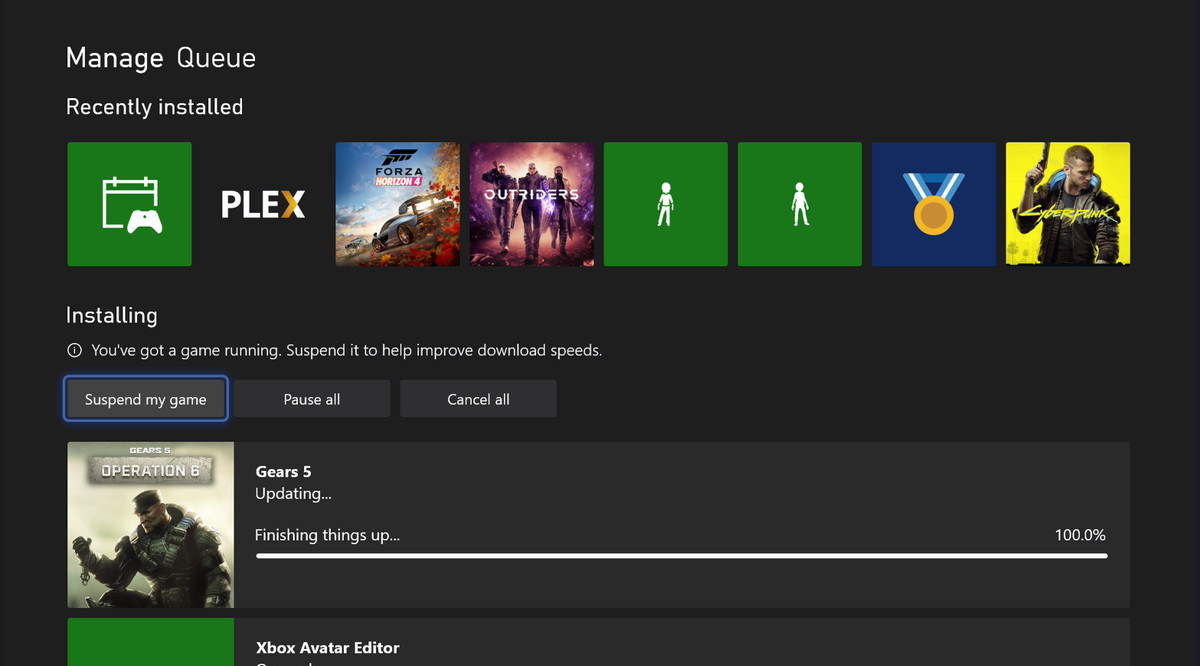 Microsoft is rolling out a new Xbox April dashboard update today that will improve the way games are downloaded. A new feature will now let Xbox owners suspend games to speed up download speeds. Currently, Xbox One and Xbox Series X / S systems throttle game updates and new game downloads if another game is active.

This new suspend option can be coupled with Quick Resume on the Xbox Series X / S to quickly pause a game, download game updates, or download a new game altogether and then resume the suspended game later. It’s a much cleaner option than having to manually quit a game or app to ensure download speeds aren’t getting throttled.

Alongside this new dashboard option, Microsoft is finally improving its Xbox mobile app to bring achievements back. The newly designed app launched on Android and iOS back in October, but it was missing achievements functionality and many other features that the mobile app previously included. Monthly leaderboards for achievements are also starting to appear for some Xbox mobile app users, and Microsoft says “everyone will see these updates in the app by the end of the month.”