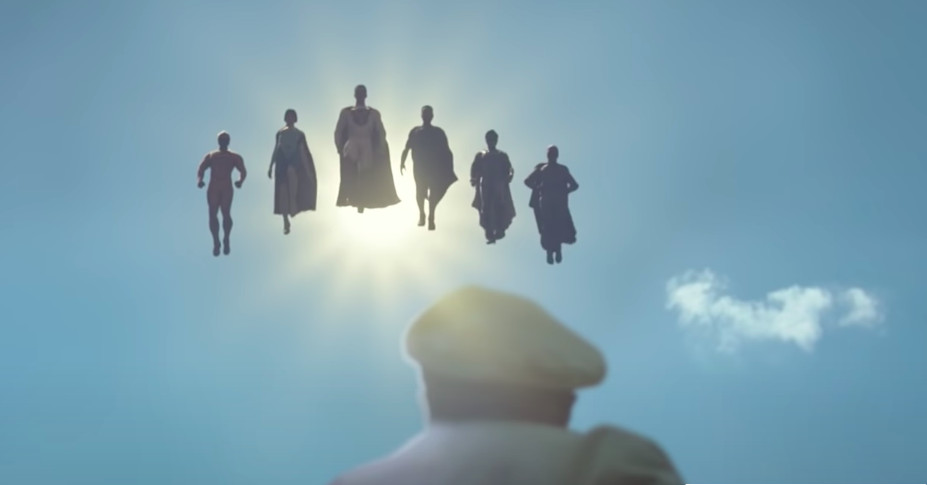 Netflix just showed off the first fruits of its deal with Wanted, Kick-Ass, and Kingsman: The Secret Service co–creator Mark Millar. Jupiter’s Legacy is a new live-action TV series based on Millar’s comics of the same name, which seems to be setting up an intergenerational conflict between a team of superheroes and their potentially less heroic children.

Jupiter’s Legacy is an original concept from Millar, but it does seem to be playing on some classic superhero imagery. (Note Josh Duhamel’s The Utopian pulling a tractor by hand in what could only be described as a classic Superman move.) The main thrust, though, is the tension between an older generation’s pulpier idea of superheroics and a younger generation who might be more interested in the fame that comes along with it. In Netflix’s words:

They’re the first generation of superheroes. But as they pass the torch to their children, tensions are rising — and the old rules no longer apply.

Jupiter’s Legacy is just the first of several planned Netflix projects from Millar, the result of the streamer purchasing his publishing house Millarworld in 2017. Along with Jupiter’s Legacy, Netflix also plans to debut other Millar originals covering everything from space bounty hunters to Spanish-language telenovelas. With this Millar series, Netflix seems poised to carry on the recent trend of daddy issues in superhero stories.