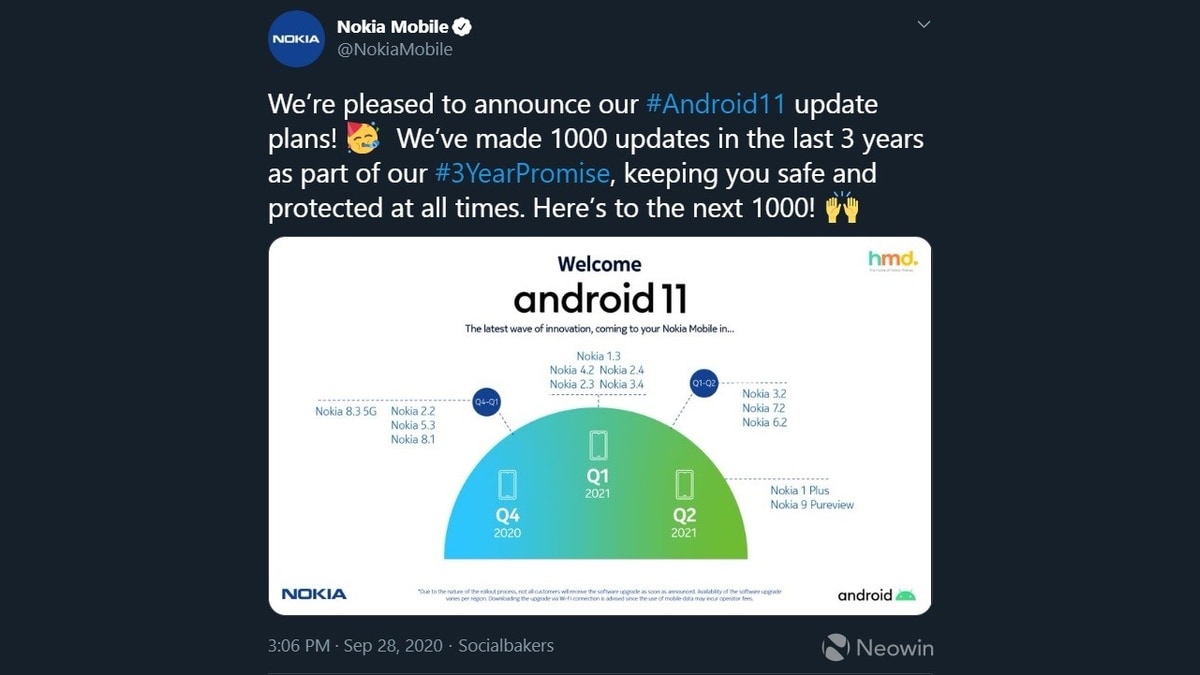 HMD Global hasn’t clarified the reason behind the removal of the tweet, so the news should be taken with a pinch of salt, as there is no clarity whether there has been a change in plans regarding the Android 11 rollout.

In other Nokia-related news, HMD Global launched its Nokia Lite Earbuds true wireless stereo earbuds last month. The design is touted to be similar to OnePlus Buds Z. The Nokia earphones offer 36 hours of total battery life with the charging case. It features an in-ear design and is offered in Black and Polar Sea colour options. However, there has been no information regarding the release of the wireless earbuds in India.

Is Android One holding back Nokia smartphones in India? We discussed this on Orbital, our weekly technology podcast, which you can subscribe to via Apple Podcasts, Google Podcasts, or RSS, download the episode, or just hit the play button below.