The announcement follows Tarabut Gateway’s recent expansion into the UAE in October 2020.

Tarabut Gateway, which has offices in Abu Dhabi, Dubai, London and Manama, reported that the funding will support it in scaling its team and expanding regionally.

With its partnerships already spanning across the region, Tarabut Gateway welcomed the recent news of the Saudi Central Bank’s (SAMA) directive to implement a Kingdom-wide policy on open banking, in line with the Financial Sector Development Program.

Additionally, Tarabut Gateway was the first to graduate from the Central Bank of Bahrain’s regulatory sandbox.

As part of Tarabut Gateway’s growth planned for the next year, the business aims to hire 40 additional team members across MENA by the end of 2021.

The ecosystem allows all partner banks to accelerate their technological partnerships at significantly reduced costs. 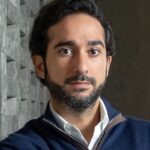 “The open banking industry is a catalyst for transforming the way banks and fintechs in the region interact with one another.

With regional regulators quickly adopting it in their strategies, Tarabut Gateway provides the infrastructure which enables enhanced collaborations between financial institutions and an increasingly agile and flourishing regional fintech sector.”