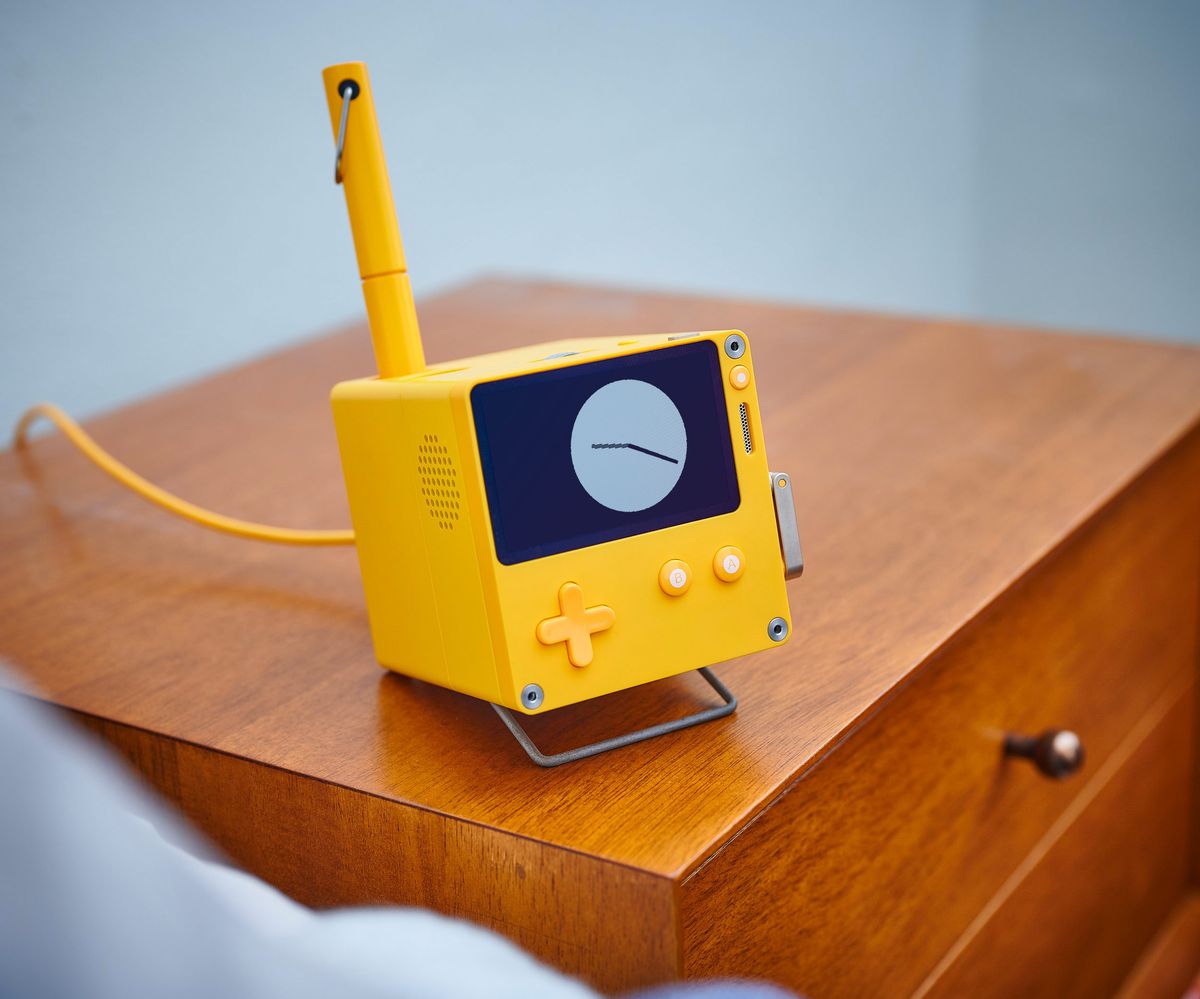 Panic has announced that the Playdate, its $179 handheld console with a crank and a black-and-white screen, will be available to preorder in July with shipping starting later in the year. The company doesn’t have a specific date lined up just yet, but says it’ll provide at least a week’s notice before orders open.

Panic is doing its best to avoid a PS5/RTX 3080-type stock situation by implementing its own ordering system. “The sooner you order, the sooner you’ll get one, but we’re not going to close the door on you,” says co-founder Cabel Sasser in a video update.

The company is also announcing an adorable stereo dock accessory for the Playdate, which makes it look like an old TV and works as both a Bluetooth speaker and a pen holder. Panic hasn’t given pricing or release information for the dock yet.

Finally, Panic has announced 21 out of the 24 titles that will feature in the Playdate’s first “season.” Details are intentionally being kept secret until each game is automatically downloaded onto the device; owners will get two games a week over 12 weeks.

Here are title screens for all 21 games:

And here’s the list of games and their developers:

The Playdate has had a long road to market. It was first announced in May 2019, and we got our first look at the console itself the following month.