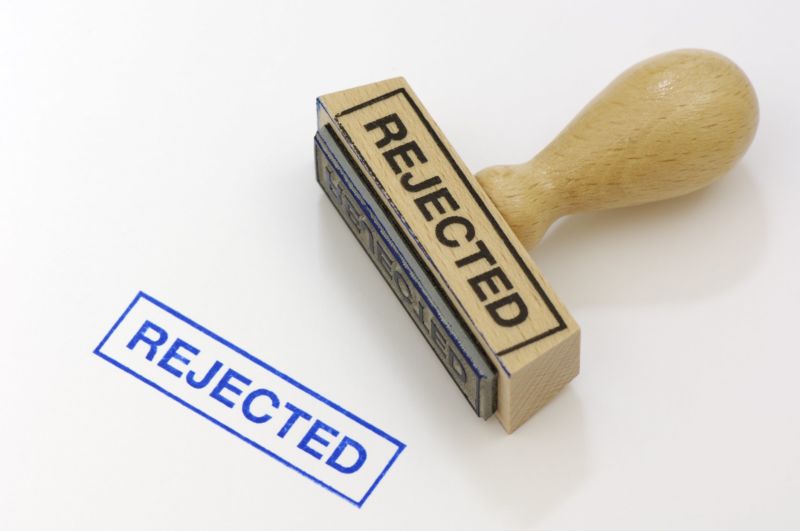 Some broadband users who qualify for the government’s new $50-per-month subsidies haven’t been able to obtain the discounts because of technical problems in the Federal Communications Commission’s rollout of the program.

The problems stem from the FCC’s National Verifier and how the broadband providers’ systems interact with the FCC database, as detailed in an article published by Protocol today. Small mismatches between entries in databases—such as having an address recorded as Elm St. in an ISP’s system and Elm Street in the FCC’s—can cause people’s applications to be rejected.

ISPs may be partly to blame as some collected information in the wrong format despite having received training on how to use the system from the FCC. In hindsight, though, the FCC could have allowed ISPs to use the program without requiring such strict data matching. The Emergency Broadband Benefit (EBB) was rolled out quickly relative to other government programs because of the pressing need to get subsidies to consumers, and the FCC hasn’t been able to fully stamp out this problem in the month since the program began.

The FCC is working on fixes scheduled to roll out over the next couple of weeks, and ISPs have been in frequent communication with the agency. But customers continue to have problems in the meantime. People can apply for the subsidy at the program website, but they may run into frustrating snags when they follow up with their ISP.

Protocol interviewed Louis Corsaro, who said he qualifies for the Emergency Broadband Benefit but has had his applications rejected by Comcast repeatedly over the past few weeks. Corsaro applied through the FCC’s verification site and quickly received an email response that said, “Your application has been approved.” The email “included instructions to sign up with his Internet service provider, so Corsaro went to Comcast’s website and filled out the required form.”

But Comcast rejected his application, Protocol wrote. The article continued with a description of Corsaro’s plight and a similar situation involving Charter’s Spectrum Internet service:

Over the last several weeks, Corsaro said he’s reapplied and been rejected by Comcast another three times. He’s followed the circuitous trails of automated FCC phone lines that all lead to dead ends and appealed to the kindness of mystified Comcast agents, who have told him again and again that he needs to finish the FCC’s verification process. “I keep telling them, ‘I’ve been approved. There’s nothing to finish,'” Corsaro said.

He’s not alone. A nursing student in California, who asked to remain anonymous to protect information about her income status, told Protocol she’s been experiencing the same problems with Spectrum. Like Corsaro, she also received an email from the FCC saying she was approved. And like Corsaro, she’s also been repeatedly rejected by Spectrum and told to complete the FCC eligibility screening. “It seems like everyone is very confused,” she said. “Once they do their application on their end, everything just goes into the void.”

People with low incomes or who suffered a substantial loss of income since the pandemic began to qualify for the subsidies. There are other ways to qualify, such as by participating in Medicaid or other assistance programs. Corsaro’s household qualified because his daughter has a disability and is on Medicaid.

“It was only after Protocol contacted Comcast for this story that Corsaro got a call saying his case had been ‘elevated’ on Wednesday,” the news site wrote. “Corsaro said a Comcast rep explained that the problem stemmed from the fact that Comcast’s website didn’t initially include a field to enter his daughter’s name, and his daughter’s Medicaid coverage is what made him eligible for the program. ‘She took my daughter’s info and redid the application,’ Corsaro said. ‘She said she will call me every day until it is resolved.'”

Besides the two people who talked to Protocol, customers have complained about the same problem in Reddit threads about both Comcast and Charter.

Over 1,000 fixed and mobile ISPs across the US are participating in the subsidy program. In addition to being the nation’s largest home-Internet providers, Comcast and Charter accept the subsidies on a wider range of service plans than some other major ISPs. Both factors give the large cable companies the biggest number of residential customers who could possibly be affected by the FCC-subsidy problem.

Verizon has frustrated customers by limiting the plans on which they accept the subsidy, forcing people to switch to different and sometimes more expensive plans in order to get the temporary $50 monthly discount. AT&T offers the subsidy on only a few home-Internet plans.

By contrast, Comcast has said it offers the subsidy on all plans—even old ones it no longer sells to new customers. Charter is more restrictive than Comcast, as it forces customers on legacy plans to switch to new plans to get the subsidy. Charter offers the subsidies on all of its current Spectrum Internet plans except for the gigabit tier.

The FCC-run Emergency Broadband Benefit was created by Congress and funded with $3.2 billion. The pandemic-related program will continue until the money runs out or six months after the Department of Health and Human Services declares an end to the pandemic. Since it is temporary, people who face technical problems signing up could get the subsidy for fewer months than they are entitled to. So far, over 2.3 million people have successfully obtained subsidies, the FCC says.