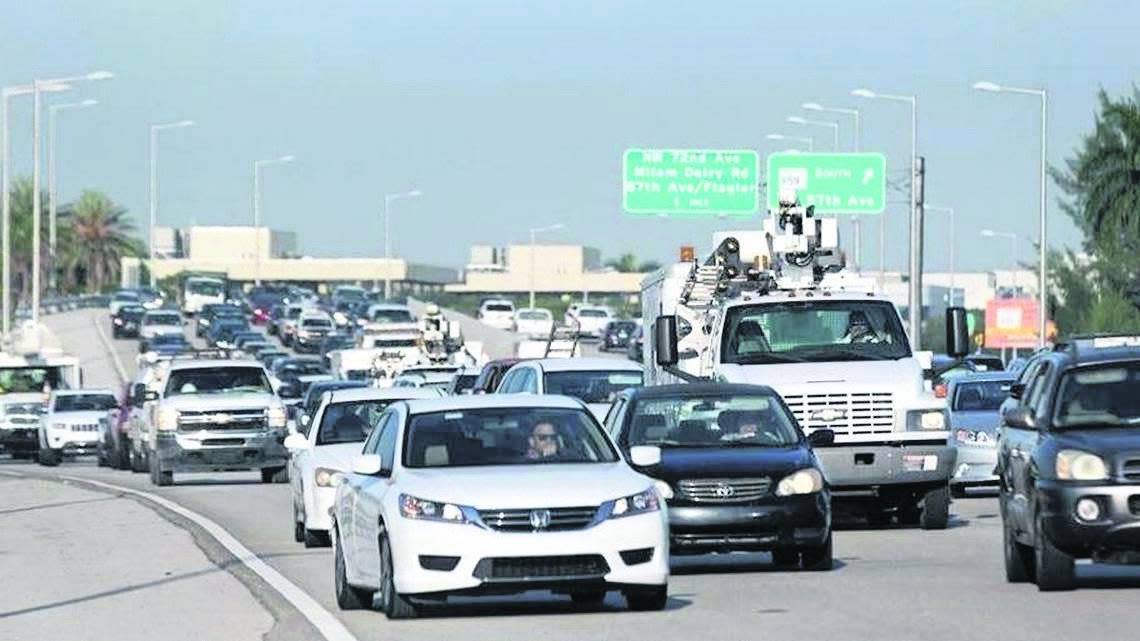 As you sit in traffic on one of Miami’s busy expressways, Miami-Dade County and the state are fighting over who gets to control your toll money. That three-year battle already has cost Miami-Dade’s former toll entity $1 million in legal fees — and could cost the county even more.

It’s a standoff between state lawmakers who were not happy with new tolls and local officials who say the state is taking away control over local issues. Because of this, for the past three years, we haven’t had a functioning board to oversee one of Miami-Dade’s top issues: road projects on five highways that used to be controlled by the Miami-Dade Expressway Authority: Dolphin, Airport, Don Shula, Gratigny and Snapper Creek.

“The losers here are the residents of Miami-Dade County,” Commissioner Raquel Regalado told the Herald Editorial Board.

It’s time for the state and county strike an agreement that will make both sides happy and save taxpayers’ dollars in legal fees.

Since the early 2010s, tensions between lawmakers and the Expressway Authority, known as MDX, had been escalating because of toll increases and MDX’s decision to eliminate toll-free zones along State Road 836.

The agency operated independently from the County Commission and was supposed to be free from political influence. But the commission’s appointment of then-County Mayor Carlos Gimenez as chair of MDX’s board of directors made the agency a political issue. Gimenez, now a congressman, championed the extension of 836 into West Kendall.

Those tensions culminated in 2019, when the Florida Legislature dissolved the MDX and ordered the creation of a new toll board, called the Greater Miami Expressway Agency, or GMX, with a mission of freezing toll prices. The law also prohibited Gimenez and other county appointees to the MDX from serving on the GMX board.

The Legislature’s move put a toll agency that seemed to function efficiently at the whims of Tallahassee. For example, the GMX needs approval from the Legislative Budget Commission for certain projects and to refinance its debt. Gimenez also said at the time that the changes put the 836 extension at risk. That’s not a bad thing considering the environmental impacts of the project, which would encroach into rural areas surrounding the Everglades that are supposed to be protected from urban development.

Nevertheless, this was a power grab from Tallahassee that’s in line with a trend we’ve seen in recent years of lawmakers usurping control from local communities.

At the same time, the Miami-Dade County Commission has made the situation worse by spending political capital in a fight with a Legislature that won’t hesitate to wield its power.

For the past three years, the commission has refused to appoint people to the GMX Board, to prevent the Board from having a quorum to hold meetings. As retaliation, the Republican-controlled Legislature passed a bill this year taking away one seat from the county and giving Gov. Ron DeSantis and the state power to appoint the five seats needed for a quorum.

Meanwhile, the MDX has filed a lawsuit challenging the creation of the GMX. An appeals court recently rejected MDX’s request for another hearing, meaning defeat is near. The County Commission stepped in by voting earlier in May to declare the GMX unconstitutional and dissolved, a move designed to draw a lawsuit from the state. In another audacious move, the commission voted to fill five seats on the MDX Board, even though the MDX isn’t supposed to exist anymore (Is your head spinning yet?)

What does this all mean?

That the county and state will probably continue to fight over this in court at taxpayers’ expense.

Regalado suggested the county seek a compromise by asking local lawmakers to have a public meeting with commissioners to air their differences before going to court.

Whatever it takes, it’s time for this political telenovela to end.