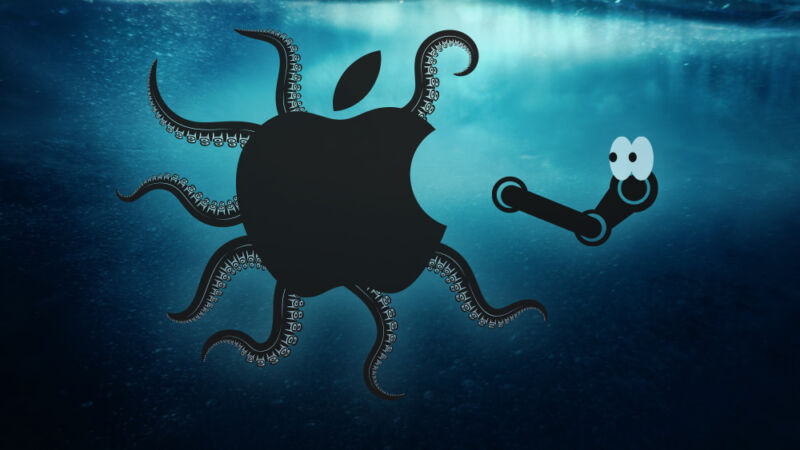 Apple’s bitter legal dispute with Epic Games over the distribution of Fortnite on iOS has now managed to rope in Valve. Apple has subpoenaed the Steam maker for a wide range of PC game sales data it says is crucial to its case. But Valve is fighting back against that subpoena, saying its information is proprietary, not relevant to Apple’s case, and would be costly and difficult to generate.

As discussed in a joint letter from Apple and Valve filed with the Northern District of California court this week, Apple’s November subpoena seeks two large categories of information that Valve is refusing to provide:

While Valve has responded to some other parts of Apple’s subpoena, Apple says that information has been “so heavily redacted that Apple cannot discern what information they might contain.”

Why do you need it?

The requested information, Apple says, is key to establishing other platforms that “may be economic substitutes” for the iOS App Store when it comes to distributing Fortnite, as discussed in previous rulings in the case. Valve’s information is “crucial for calculating the total size of the market for Epic’s available digital distribution channels,” Apple says.

But Valve argues that Steam is an unrelated sideshow in the battle between Apple and Epic. “Valve does not make or sell phones, tablets, or video games for mobile devices, or otherwise compete in the mobile market,” the company writes. “Fortnite is not available on Steam, and Epic has publicly and unequivocally stated it will not offer Fortnite on Steam unless Valve changes its business model.”

While Apple says that Valve “admits that the information requested exists in some undisclosed, readily accessible format,” Valve says complying would involve “an overwhelming amount of work” and “would impose an extraordinary burden on Valve to query, process, and combine a massive amount of [information] to create the documents Apple seeks.”

Valve says that process would involve collating information from at least four separate databases for thousands of separate items. Valve also says Apple has not offered to cover the costs of this data-gathering process.

Apple cites a previous court order for similar sales information from Samsung in arguing that the court should compel Valve to comply. But Valve argues that “Apple, Google, and Samsung compete with each other in the mobile app market. Valve does not compete in that market.”

Valve also argues that the fact that it’s a private company offers an important distinction from the public Samsung. “Valve has chosen to stay private in part to avoid the burden of the public company disclosure and reporting requirements that companies like Samsung or Google are subject to,” the company writes. “Valve does not disclose its sales and revenue information and projections, and Valve derives a significant value and edge from the confidentiality of such information, including by keeping it out of the hands of companies like Epic who also sell PC games.”

Valve’s argument takes on added relevance given the company’s 2018 decision to effectively block services like Steam Spy or Ars’ own Steam Gauge from creating public estimates of Steam game sales based on samples of individual public user account data. Valve said in July of 2018 that it was working on a “more accurate” replacement for that Steam Spy data but has only released sporadic and incomplete summaries of the Steam marketplace in the years since.

In any case, Apple argues that any confidential or sensitive competitive information provided by Valve could be covered by a protective order, such as the one in place for Samsung. Apple also argues that “the information sought by this request does not detail future plans or involve strategic assessments… there is no substantial risk of competitive or economic harm [to Valve].”

But Valve remains adamant that the information is private and unnecessary for Apple’s current legal fight. “Somehow, in a dispute over mobile apps, a maker of PC games that does not compete in the mobile market or sell ‘apps’ is being portrayed as a key figure,” Valve writes. “It’s not.”