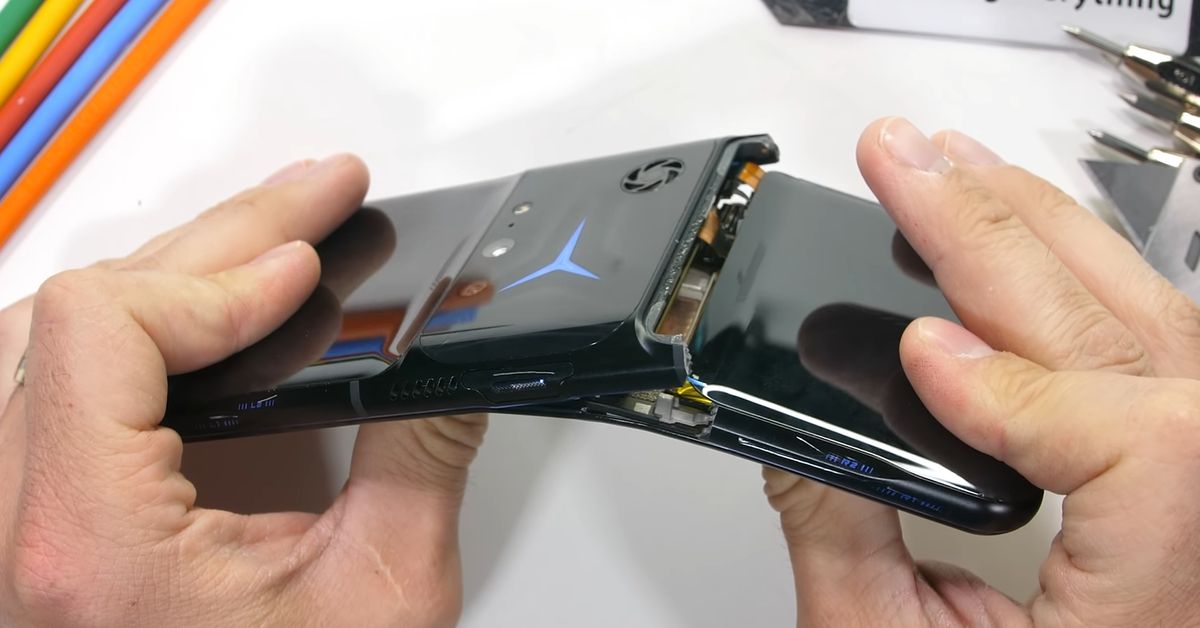 Lenovo’s new Legion Phone Duel 2 is a gaming phone that has two USB-C ports, a pop-up camera, and even built-in fans. There’s so much tech inside that Lenovo decided it’d be best to shove its most crucial, hard-working components into the middle of the phone, making it easier for the fans to keep it all cool during gameplay. As a result, it’s thicker in the middle, flanked by two batteries. That didn’t seem like a huge red flag at first. If anything, it seemed clever — that is, until YouTuber JerryRigEverything got ahold of the phone (via Android Police).

As part of the channel’s signature rigorous testing of durability, each device is eventually bent to see how much flex it can withstand before breaking. Most devices can hold up but usually not without some bent metal or snapped glass along the way. The Legion Phone Duel 2 didn’t take well at all to being flexed, not even a little bit. At around the 8:40 mark in the video, shortly after the host said “I’m not even remotely concerned about it breaking,” it satisfyingly snapped at the antenna line that meets the raised middle section, compromising the phone’s ability to power on. With little force, the host also broke the other side to illustrate the lack of structural integrity in the design.

Lenovo’s device isn’t necessarily an outlier compared to other recent gaming phones the channel has tested. The Asus ROG Phone 5 (similar to the Ultimate model that I recently reviewed) also broke during the test, despite having a more cohesive design. That said, it did appear to require more force to break than Lenovo’s new phone. I’m no engineer, but it seems like splitting the battery in two might be part of what’s to blame for the fragility, as this is how Asus’ latest phone is arranged internally, too.

As different as the Legion Phone Duel 2 looks compared to some other gaming-centric phones, it comes at a high $950 price. And its somewhat fragile design might eventually cost you even more down the road if you need to find a replacement.