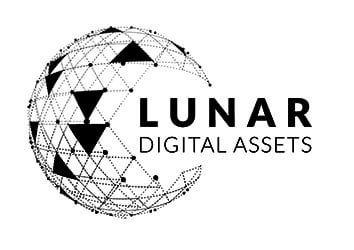 In early October I got a job for a crypto marketing firm, Lunar Digital Assets. I had no idea what I was in for at the time but was in a transition period in my life and thought I’d give it a shot. The initial intention was to work part time 5 days a week perhaps. But as I soon had so much work to do I was working over 12 hours a day (most days), usually 7 days a week.

We had five clients. One of the clients was unique. They did not pay. We had a token allocation and that was it. LDA, our team, was told we’d receive tokens but at a later date as they did not want to sell yet. We all knew the risk involved, and the potential massive opportunity. We also trusted them with these tokens.

Long story short, over the next four months I did somewhere between 85–90% of the work for the project from the LDA side (LDA splits up the pay for their employees depending on the % of work they did for each project), which we were on board for as “advisors” (as stated in the QuickSwap launch blog — ’cause they don’t even have a roadmap or a website) with a 1% token allocation of 1 million total supply. The lead dev, Nick Mudge, did not do a single thing those first four months, but somehow has the largest token allocation of 1.25%.

To go deeper into the full story on the work I did and the negligence on the project from quite literally everyone else, except maybe Sameep, please watch the video linked below.

There was a time in January when it seemed the project would just shrivel up and die. It was tough to continue working as I watched the price go from over $10 slowly down to $0.74 at its ATL in January.

There was a spreadsheet issued which indicated the number of tokens which were to go out to Matic Stakers, UNI holders, LDA and the two devs (one actually). If you read the initial launch blog they never did stick to anything they said they’d do — they have literally changed the plans for everything they stated was the plan — all except for the QUICK tokens that go to the two devs.

Once money began coming into the DEX and the token mooned, greed must have overtook LDA leadership and they changed the original plan for how we would be paid. The COO of LDA said if they paid us in tokens that would be “insane”.

But we had trusted them with holding our tokens from day one.

Unfortunately we were working for four months without a contract. They are now trying to say they will pay us in USD value for our hours worked, one which is arbitrarily decided by them, instead of the originally understood payment of QUICK tokens.

Having not a contract, only verbal agreements and trust, here are the reasons I think it’s logically compelling that we were meant to receive tokens from the beginning.

1. We were told that working for QuickSwap was optional. That we could make a lot or potentially nothing. Why would they say this if the pay was based on the tokens? At one point the CEO Roc told me if the tokens go to zero he would give me $1–2,000 for my work at least.

2. COO of Matic/Polygon, Sandeep Nailwal, who was involved in the launch idea and created the spreadsheet for token allocations (which was never followed except for pay to the lazy devs). A certain amount were to go to LDA, Nick, Sameep, Matic Stakers and UNI holders. Also a certain amount were to go out as rewards each week. Nothing in the spreadsheet was followed except for the pay to the devs. How is that right?

3. It was stated in the first post in the QuickSwap Telegram group that QuickSwap was to be a community led project and QuickSwap was just there to “help it gain momentum”. When I mentioned this to the CEO and COO of LDA a couple weeks ago, I noticed the next day that someone had deleted it (over 4 months after launch).

4. Why would they say they didn’t want to pay us our tokens yet so we couldn’t sell them if they were not planning to pay us in tokens from the beginning? If they are paying only in USD value, this would hardly put much sell pressure on the market at QUICK circulation amounts for the past few months.

5. Why would I or anyone work for free for months for a token allocation only to be later told they weren’t going to receive tokens but be paid in USD value in tokens?

6. From any other client the LDA team is paid partially in tokens, do they pay based on a USD value should the value of the tokens go up? No.

7. According to the spreadsheet LDA gets 1% of the token allocation. They were to receive 800 tokens up front and 16.88 QUICK per day up until April 5, 2022. Not including the 800 up front payment (which I think I deserve a portion of because I solely held the project together for its first four months), that is 506.4 QUICK per 30 days.

So a crude and conservative lowball estimate would be 1,300 QUICK tokens I’m owed. If it’s not paid I will continue telling everyone I can about this sham and I am in the early stages of pursuing legal action, as as to my understanding spoken agreements are legally binding.

8. Why do the devs receive their token allocation on time, according to the spreadsheet, with no questions asked? Why do those who worked on marketing and community management have their tokens gatekept?

People in the QuickSwap Telegram are being told that the team all agrees to it. But it does not seem to me the team ever discussed it. I don’t remember a single such discussion ever happening when I was on the team. Those deciding now, if they are in fact truly involved in the decision, did virtually none of the work for those four months.

Why do people who had the opportunity to work on the project but chose not to get to decide how the QUICK tokens are paid out?

The CEO of Lunar Digital Assets, Roc Zacharias, has proven himself to be cruel, lacking greatly in integrity and honesty.

1. He does not like the way I’m straight forward and speak the truth with people so he likes to say I need therapy and he will pay for it. He has even made up stories about how I said I needed therapy, which was a complete fabrication, completely misconstrued and publicly used as a weapon against me regarding other personal stuff I had shared with him. Why would anyone attack a person in front of others saying they need therapy, whether it was true or not, and especially if it is an overblown lie?

Of course this is his protection against my statements that they owe me these tokens. It’s his only defense because he cannot address any of the issues raised here in a factually compelling way.

I will be pursuing legal action for libel and slander. After kicking me out of the QuickSwap Telegram group he began to tell lies about me. When my wife saw it she confronted him and took screenshots of the false information. After I told him I was going to sue him for libel they went back and deleted the messages.

Needing therapy or not, does that mean someone shouldn’t get paid for their work? Is that your excuse?

2. He keeps telling people when I got the job with QuickSwap I said it would be cool to make an extra $2,000/month. This is another example of how he falsely uses information completely out of context to throw his lies around.

First of all, I had no idea of QuickSwap at the time, I did not even understand the first thing how the company worked. I went in thinking I would work maybe 6 hours a day or so, 4-5 days a week and it wasn’t long before it had consumed most waking hours of my life. Also, I later realized how much value my work was bringing to clients and once I understood the job I knew what my work was worth.

Secondly, because a person said an extra $2,000 per month would be cool, does that mean it’s permissible to pull a scandal on them with their tokens?

3. He said to me on the phone, when discussing the QuickSwap pay, “you have to understand we’re running a business here.” Can someone tell me what this is supposed to mean? Are not businesses required to keep their agreements whether written or verbal?

This was him trying to make a rational for not paying us in tokens but in USD value and saying they “might” spread it out over three years. This was not the original plan as Sandeep Nailwal said he was hoping UNI holders would come in and “take the project over” and as Michael Huynh stated in the first Telegram post that it was going to be a community led project and LDA was there to “help it gain momentum”.

4. The COO of LDA, Shane Latham, said they can’t pay us in tokens, “That would be insane!”

Why would it be insane if that was what was originally agreed to?

No one expected the tokens to get as big as they did — but they did. And I held the project together and I deserve my token allocation.

I will fight this in every possible way I can and pursue legal action as well if it cannot be resolved in a truly fair way.

🤷‍♂️🤷 If anyone would like to ask the QuickSwap team why greed took them over and they decided to not pay me as agreed for my work, you can find them here, but be forewarned, they are sly foxes when it comes to the facts: http://t.me/QuickSwapDEX​

That’s all for now. To see the whole story told in a bit more detail you can watch this video here: https://www.youtube.com/watch?v=i7sJoqiVtvI

Have a blessed day!